Nasrat Hakim joined Elite in August 2013 as Director, President and Chief Executive Officer. Mr. Hakim has more than 30 years of pharmaceutical and medical industry experience in Quality Assurance, Analytical Research and Development, Technical Services and Regulatory Compliance. He brings with him proven management experience, in-depth knowledge of manufacturing systems, development knowledge in immediate and extended release formulations and extensive regulatory experience of GMP and FDA regulations. From 2004 – 2013, Mr. Hakim was employed by Actavis, Watson and Alpharma in various senior management positions. Most recently, Mr. Hakim served as International Vice President of Quality Assurance at Actavis, overseeing 25 sites with more than 3,000 employees under his leadership. Mr. Hakim also served as Corporate Vice President of Technical Services, Quality and Regulatory Compliance for Actavis U.S., Global Vice President, Quality and Regulatory Compliance for Alpharma, as well as Executive Director of Quality Unit at TheraTech, overseeing manufacturing and research and development. In 2009, Mr. Hakim founded Mikah Pharma, LLC, a virtual, fully functional pharmaceutical company.Mr. Hakim’s career started in Medical Laboratory Technology from the Academy of Health and Sciences in the U.S. Army based in San Antonio, TX, followed by Graduate Certification in Regulatory Affairs (RAC) from California State University at Sacramento, Sacramento, CA; Bachelor in Chemistry/Bio-Chemistry and Masters of Science in Chemistry from California State University at Sacramento, Sacramento, CA; and a Masters in Law with Graduate Certification in U.S. Taxation from St. Thomas University, School of Law, Miami, FL.

Davis Caskey has served as a Director since April 28, 2016. He brings more than 40 years of pharmaceutical industry experience to this position. Mr. Caskey is currently President & CEO of Caskey LLC, which he formed in 2013 to serve as an umbrella to manage his pharmaceutical consulting and other business interests. From 1990 to 2013 Davis served as the operating officer of ECR Pharmaceuticals, of which he was a founding member. HiTech Pharmacal acquired the privately held ECR in 2009 and Mr. Caskey continued in his role until retiring in 2013. At ECR, Mr. Caskey is credited with the establishment of the company’s sales and marketing structure, its product distribution format, and the development and management of the firm’s internal organization. His responsibilities included the oversight of drug development and regulatory filings, product acquisitions, and acquisition of other companies. A primary focus was to conceive and develop, with the assistance of key strategic partners, unique dosage forms and extended release formulations of products which enhance patient compliance and safety. Prior to ECR, Mr. Caskey was employed by A.H. Robins for 18 years in various field and home office management positions. His experience brings critical insight into the marketing and distribution of pharmaceutical products in a rapid and ever changing competitive marketplace. Mr. Caskey attended the University of Texas (Austin) and Lamar University, and holds bachelor’s and master’s degrees.

Dr. Barry Dash has served as a Director since April 2005, a Member of the Audit Committee since April 2005, a Member of the Nominating Committee since April 2005 and a Member of the Compensation Committee since June 2007. Dr. Dash has been since 1995 President and Managing Member of Dash Associates, L.L.C., an independent consultant to the pharmaceutical and health industries. From 1983 to 1996 he was employed by American Home Products Corporation (now known as Wyeth a division of Pfizer) its Whitehall-Robins Healthcare Division, initially as Vice President of Scientific Affairs, then Senior Vice President of Scientific Affairs and then Senior Vice President of Advanced Technologies during which time he personally supervised six separate departments: Medical and Clinical Affairs, Regulatory Affairs, Technical Affairs, Research and Development, Analytical R&D and Quality Management/Q.C. Dr. Dash had been employed by the Whitehall Robins Healthcare Division from 1960 to 1976, during which time he served as Director of Product Development Research, Assistant Vice President of Product Development and Vice President of Scientific Affairs. Dr. Dash had been employed by J.B. Williams Company (Nabisco Brands, Inc.) from 1978 to 1982. From 1976 to 1978 he was Vice President, Director of Laboratories of the Consumer Products Division of American Can Company. He currently serves on the board of GeoPharma, Inc. (NASDQ: GORX) Dr. Dash holds a Ph.D. from the University of Florida and M.S. and B.S. degrees from Columbia University where he was Assistant Professor at the College of Pharmaceutical Sciences from 1956 to 1960. He is a member of the American Pharmaceutical Association, the American Association for the Advancement of Science and the Society of Cosmetic Chemist, American Association of Pharmaceutical Scientists, Drug Information Association, American Foundation for Pharmaceutical Education, and Diplomate American Board of Forensic Examiners. He is the author of scientific publications and patents in the pharmaceutical field.

Jeffrey Whitnell has served as a Director since October 23, 2009, Chairman of the Audit Committee, member of the Compensation Committee since October 2009 and designated by the Board as an “audit committee financial expert” as defined under applicable rules under the Exchange Act. Since April 2017, Mr. Whitnell has provided financial advisory services, primarily to the healthcare industry, including Southside Master, where he served as Chief Financial Officer from September 2018 to June 2022. In 2016, Mr. Whitnell served as Vice President, Finance and Controller for LifeWatch Services and other Private Equity-backed portfolio companies. From June 2010 to March 2015, Mr. Whitnell was the Chief Financial Officer for ReliefBand Medical Technologies, a medical device company. From June 2009 to June 2010, Mr. Whitnell provided financial advisory services to various healthcare companies, including ReliefBand Medical Technologies. From June 2004 to June 2009, Mr. Whitnell was Chief Financial Officer and Senior Vice President of Finance at Akorn, Inc. From June 2002 to June 2004, Mr. Whitnell was Vice President of Finance and Treasurer for Ovation Pharmaceuticals. From 1997 to 2001, Mr. Whitnell was Vice President of Finance and Treasurer for MediChem Research. Prior to 1997, Mr. Whitnell held various finance positions at Akzo Nobel and Motorola. Mr. Whitnell began his career as an auditor with Arthur Andersen & Co. He is a certified public accountant and holds an M.B.A. in Finance from the University of Chicago Booth School of Business and a B.S. in Accounting from the University of Illinois. Mr. Whitnell’s qualifications as an accounting and audit expert provide specific experience to serve as a director for the Company.

Robert Chen joined Elite in May 2022 as Chief Financial Officer, Secretary, and Treasurer. Mr. Chen has broad experience in financial and operational leadership for life science companies, both private and public, ranging from preclinical development to commercial operations. Mr. Chen brings with him extensive and diversified financial leadership background in the areas of financial reporting, including manufacturing, financial and cost accounting, SEC, GAAP and IFRS, as well as financial planning and analysis.

Mr. Chen holds a Bachelor of Science in Business Administration, Accounting, and a Master of Professional Accountancy degree from the University of Southern Mississippi. He is a Certified Public Accountant (CPA). 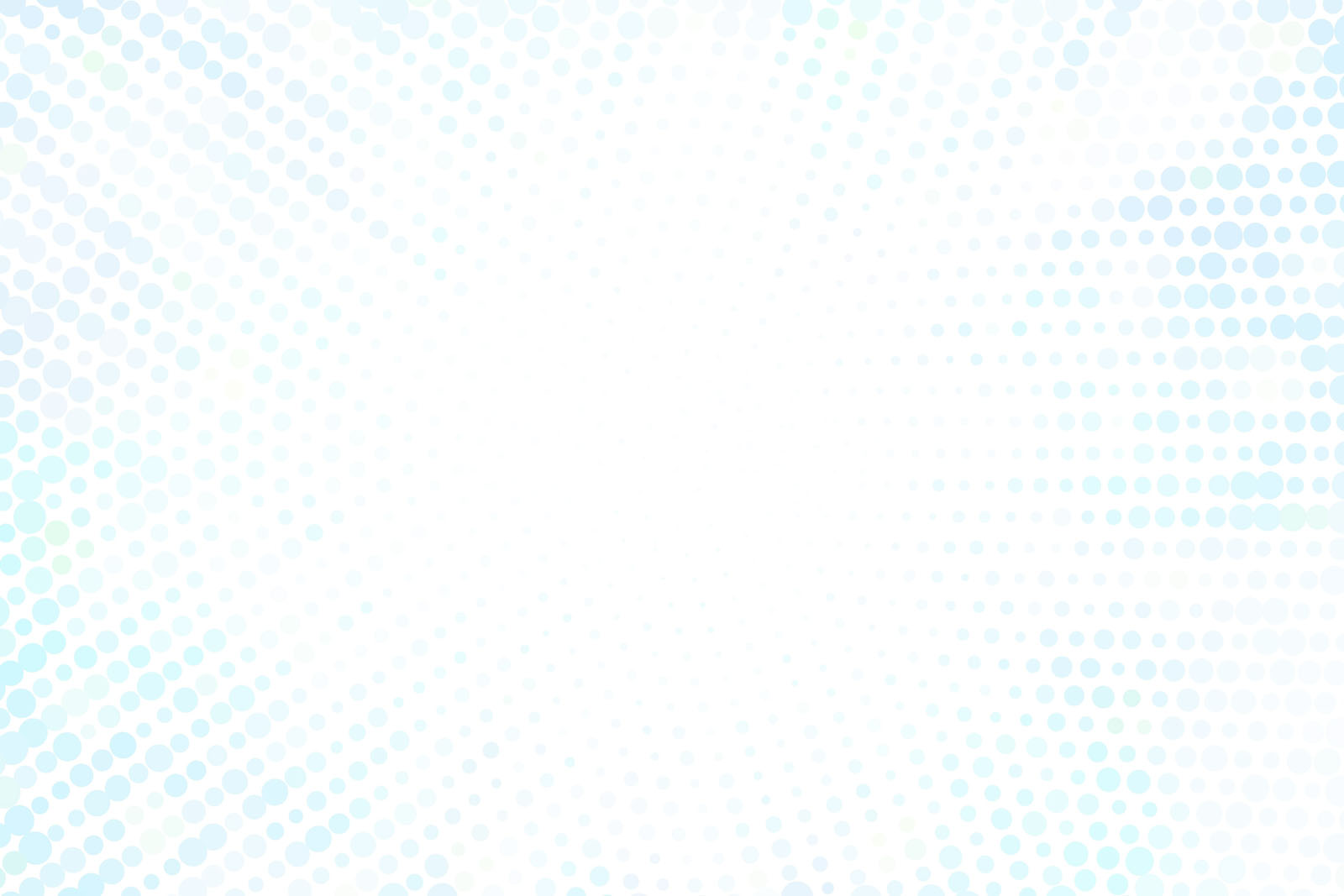